;
Learn How to Design Your Own SVGs in Inkscape and Adobe Illustrator! learn more here
Home | Cricut Crafts | May the 4th be with You Star Wars Baby Yoda SVG

Any Star Wars lovers out there? May fourth is right around the corner and it is always a huge time for Star Wars fans to get their garments on! We decided to make a t-shirt from the Cricut Star Wars series The Mandalorian which has my favorite new Star Wars character Baby Yoda (the child). It wouldn’t be complete without a May the 4th be with You Star Wars Baby Yoda SVG so we created that as well!

May the 4th be with you

For those who don’t know, this is a play on The Force from Star Wars and according to the website Star Wars Day it is described as this:

The Force is a mysterious energy field created by life that binds the galaxy together. Harnessing the power of the Force gives the Jedi, the Sith, and others sensitive to this spiritual energy extraordinary abilities, such as levitating objects, tricking minds, and seeing things before they happen. While the Force can grant users powerful abilities, it also directs their actions. And it has a will of its own, which both scholars and mystics have spent millennia seeking to understand.

Continuing on, the site goes on to explain how the May the 4th be with you ended up being adopted by the Star Wars community…

WHY IS MAY THE 4TH CALLED STAR WARS DAY?

“May the 4th be with you.” What started as pun warmly shared by fans has become a full-fledged Star Wars holiday: Star Wars Day, a special once-a-year celebration of the galaxy far, far away.

One of the earliest known records of “May the 4th” used in popular culture is in 1979, as described here by author Alan Arnold while he was chronicling the making of The Empire Strikes Back for Lucasfilm:

“Margaret Thatcher has won the election and become Britain’s first woman prime minister. To celebrate their victory her party took a half page of advertising space in the London Evening News. This message, referring to the day of victory, was ‘May the Fourth Be With You, Maggie. Congratulations,’ further proof of the extent to which Star Wars has influenced us all.”

Once the Internet allowed Star Wars fans around the world to connect with one another, May the 4th soon became a grassroots tradition each year, with fans online and offline proclaiming it “Star Wars Day.”

While the idea of May the 4th did not start with Lucasfilm, the film company that created Star Wars has fully embraced the spirit of fandom that makes the day so special. StarWars.com, as well as the official Star Wars social media channels (hashtag #StarWarsDay), help spread the word and showcase fan activity. More and more official partners have offered sales, giveaways, and exclusives, and have hosted parties and other activities to honor the day.

Ultimately, as Star Wars Day was created by the fans, it is truly their day. Hosting movie marathons, sharing greetings on social media, cooking Star Wars recipes — there are no wrong ways to celebrate May the 4th, and each year we’re amazed at the creative ways that fans mark the occasion. With Star Wars alive like never before, we hope you’ll join in this year.

May the 4th be with you. Quoted by Star Wars Day Website

Here is a little video we put together to show you how we created the T-Shirt:

Tips on using iron on vinyl for your svgs

Did you know that Cricut Design Space has templates so you can easily size your decal accordingly? It is on the left in the menu options! Mind Blown!

Mats aren’t always sticky enough, so we use Painter’s Tape to hold down the corners.

Cut out around your design so it is easier to work with.

When weeding off of the transfer sheet, use a tool like shown to pick up the corners and gently pull the waste away. It also helps to get the smaller spots like those tiny circles.

Place the decal on the t-shirt and use the tag or the words at the top of the shirt to pick the center and use it to place the decal.

We used the Everyday Iron On from Cricut at 330 degrees for 30 seconds.

After the shirt cools, gently pull the transfer sheet away from the decal. If you find it is not adhering to the shirt, repeat the easy press steps.

How do you like the May the 4th be with You Star Wars Baby Yoda SVG T-Shirt?
Get your free May the Fourth Be with You SVG here:

Pin it for later:

Check out our other Free SVG Wizard of Oz Flying Monkeys! 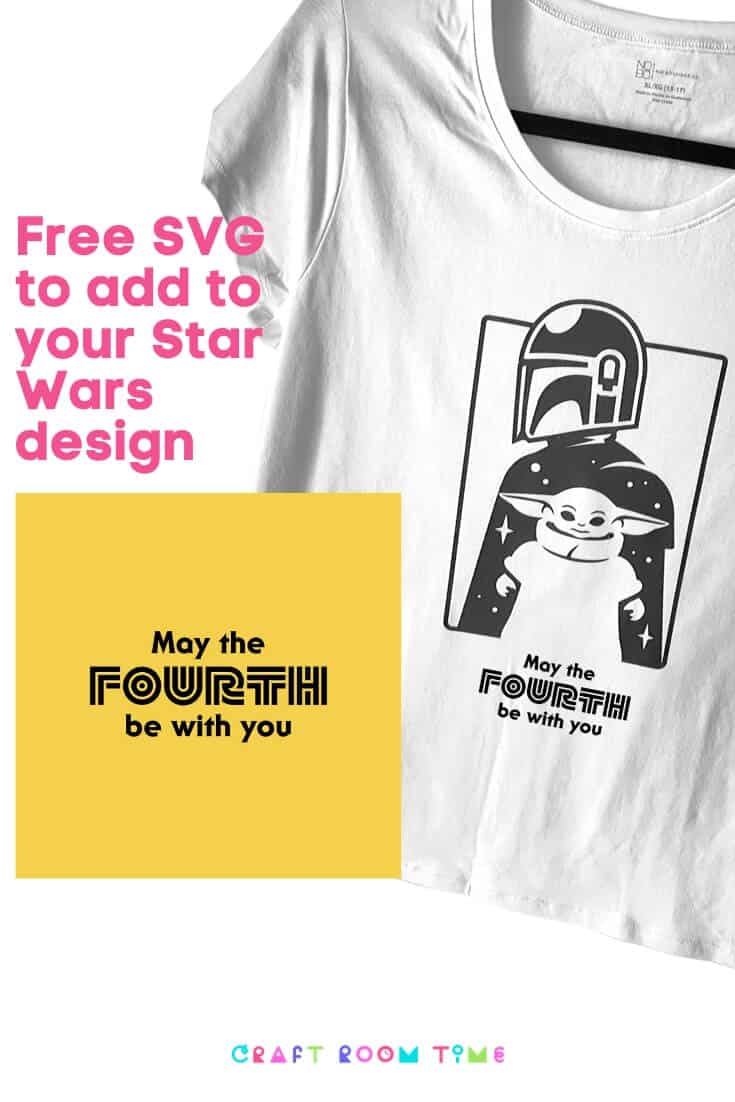 This site uses Akismet to reduce spam. Learn how your comment data is processed.

What are your crafting needs? 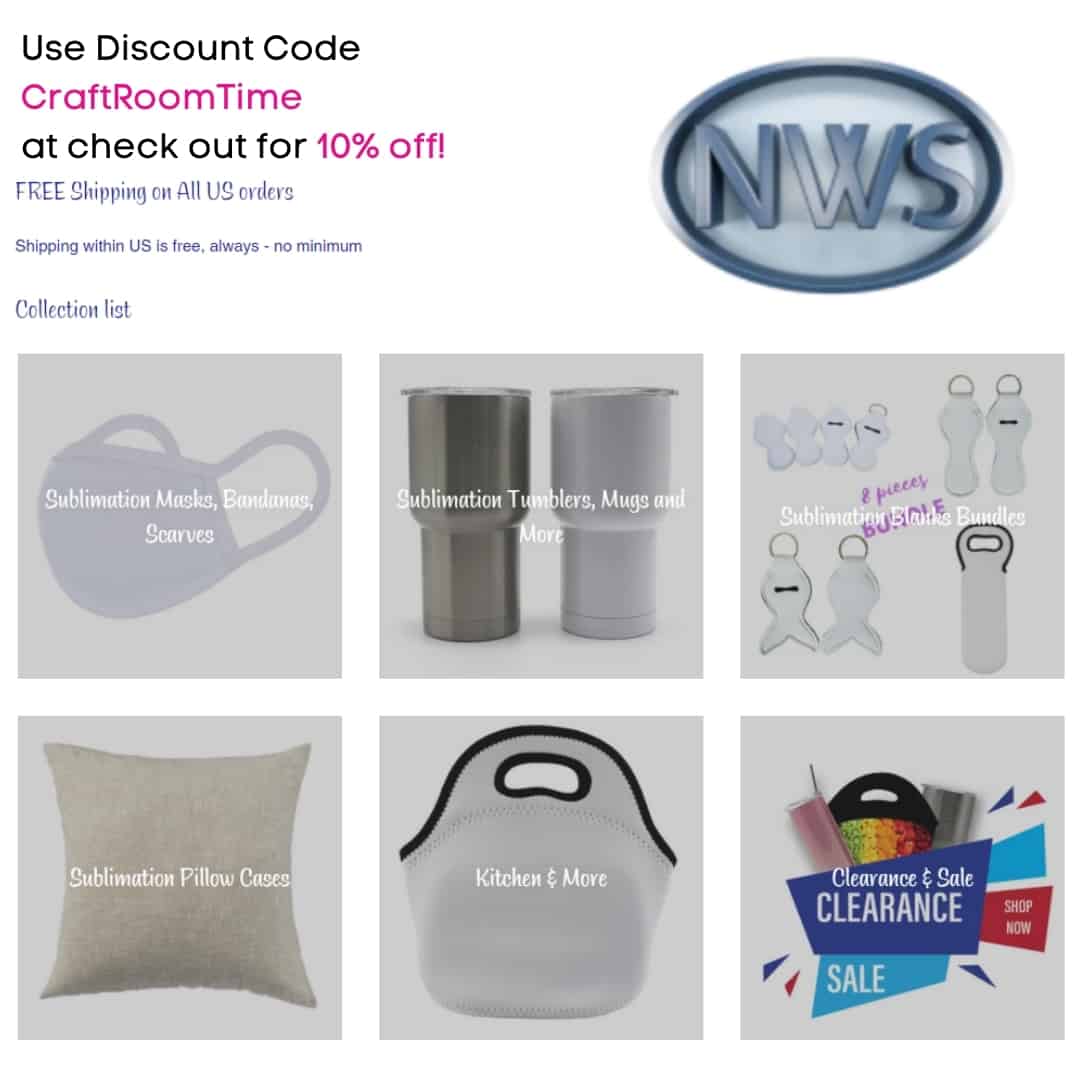 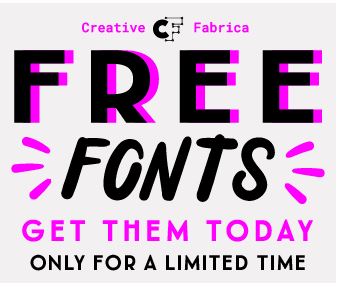 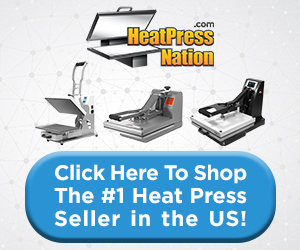 USE CRT at Checkout for a 5% Discount at Mr. Peacock’s Wood: 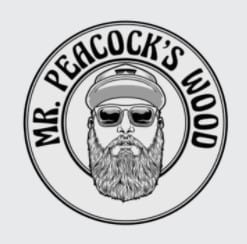 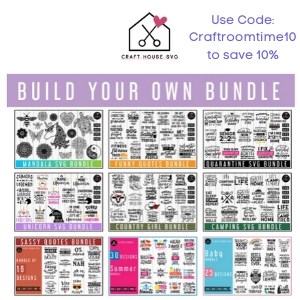 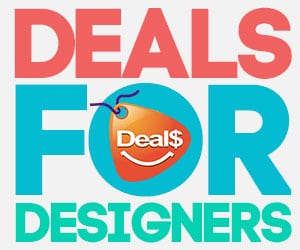 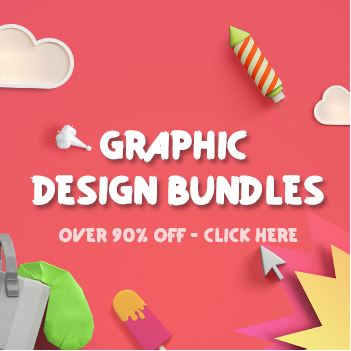 This website uses cookies to improve your experience while you navigate through the website. Out of these cookies, the cookies that are categorized as necessary are stored on your browser as they are essential for the working of basic functionalities of the website. We also use third-party cookies that help us analyze and understand how you use this website. These cookies will be stored in your browser only with your consent. You also have the option to opt-out of these cookies. But opting out of some of these cookies may have an effect on your browsing experience.
Necessary Always Enabled
Necessary cookies are absolutely essential for the website to function properly. This category only includes cookies that ensures basic functionalities and security features of the website. These cookies do not store any personal information.
Non-necessary
Any cookies that may not be particularly necessary for the website to function and is used specifically to collect user personal data via analytics, ads, other embedded contents are termed as non-necessary cookies. It is mandatory to procure user consent prior to running these cookies on your website.
SAVE & ACCEPT
Copy link
CopyCopied